Preparing for hosting was a bit of a whirlwind, with a few online training meetings, books to read, and mostly practical planning around our house to do. We moved the boys’ beds to the basement, and they were thrilled to set up their “new room” together. Some friends who adopted internationally gave us a bunk bed for the now empty bedroom upstairs and we soon had a room put together for Margarita and Ginger to share when she arrived.

A few days before arrival, the kids and Christy put together a welcome sign, complete with Margarita’s picture and the Ukrainian and American flags. We did our last minute preparations, buying snacks, finding some special stuffed animals, and attending a last-minute Zoom question and answer meeting. What made it all seem much more real that this was happening was seeing photos posted on the private hosting Facebook page as the kids traveled to Kiev and then on to the States. We caught our first glimpses of Margarita in a crowd of children and after that, we were scouring the pages and following the flight statuses to see if we could see more.

The day finally came to pick up Margarita at the airport, and our initial meeting was sweet (hugs and hellos), but also a bit awkward. As we walked towards the baggage claim to get a suitcase for the chaperone who was staying for the summer nearby at my parent’s house, Margarita began to cry. We could tell she was scared and tired – it had been a long trip. We got to our van and made the drive home, which was all the more difficult because of carsickness. By the time we arrived at our house, Margarita had fallen asleep, but when we got indoors, she quickly started playing the the kids and looking around the home.

We started off the summer with a great day. By the end of the day, Margarita had warmed up to Christy and me, the whole family had done more activities in a single day than our children normally did in a week, and we were tired. The rest of the summer was almost as intense as the first day – we played a lot and did all sorts of fun things.

Christy and I realized early on that our parenting had been missing out on this kind of fun – somehow we were so “down to business” with our routines and regular life that our children didn’t get this kind of playtime with us. So we decided to engage more – not just with Margarita, but with all the kids. We played countless games of UNO and “Rat-a-Tat Cat”, we rode bikes a LOT, there were tons of crafts, I found a way to read picture books aloud using Google Translate, and we even purchased a trampoline for our backyard. I could try and chronicle all of the events of the summer here, but we posted almost daily updates on our family Instagram, so I won’t repeat all the details.

Of course, there were difficult moments, too. Christy and I realized almost at once that we couldn’t make this little girl do anything if she didn’t want to, and sometimes it seemed like her behavior was manipulative. But as we continued to build trust with her and as she felt more safe, we were able to set clear boundaries and she happily complied. For the most part, we didn’t have any major areas of conflict in our parenting, which was really good!

Also, since Margarita and our oldest daughter Ginger are nearly the same age, a sort of rivalry/competition quickly developed. This led to various forms conflict, tears, misunderstandings, parenting mistakes, apologies, and do-overs. However, as the summer progressed, we saw both girls grow in their ability to defer to each other, and they quickly grew close as friends and sisters.

Throughout the summer, we saw Margarita change – early on she kept up a pretty positive exterior (e.g. smiling even when she was fell off her bike and hurt herself), then after a few weeks she changed to a clingy child who wanted parental affection all the time, but eventually she warmed up to and befriended each of our children and really found her place in our family. As we saw trust grow, relationships took deeper root and started to blossom in little ways. 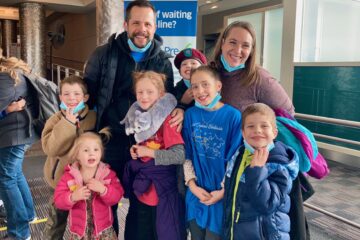 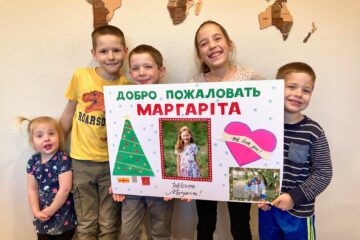 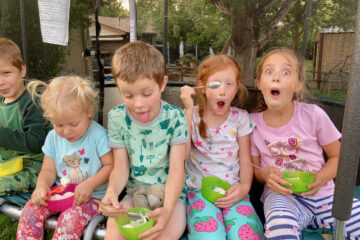